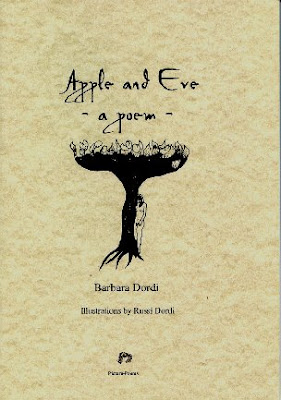 
Apple and Eve was launched at the Gibbs Gallery, Canterbury in 1999. As well as copies of the book, the original illustrations: 9 watercolours and 1 oil painting were on display. The exhibition lasted for three weeks.

Apple and Eve takes a wry look inside the Garden of Eden. The poem explores Eve's temptation through a dialogue between Eve and the Serpent. 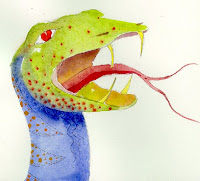 'I wonder about evil too.
Is it sturdy and gnarled like this tree?
Does it have four heads like the river out of Eden? Is it invisible, like wind? Did God give it perfume like the ripe fruit above me, fat with his secret? Is it soft and warm like flesh, all shades of blue like sky on river; does it flash red and gold in the green like the hummingbird?
Does evil have a voice? Does it coo, babble, moan, shriek? Does it sing - low, high? Does it scream?' 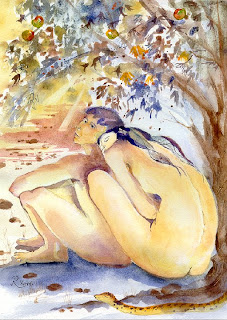 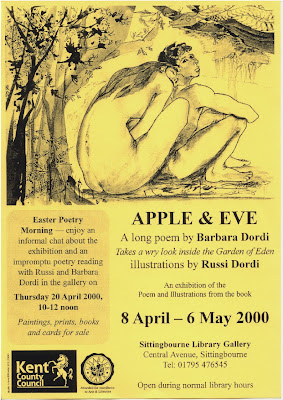 Following the launch, the exhibition was shown at selected libraries throughout Kent.

When our French friends saw Apple and Eve, they loved the illustrations but couldn't understand the text and so asked for a translation - hence Eve et la Pomme - the French version, was born.
Entre-Deux - Two Francophiles in Alaigne, Barbara & Russi Dordi,
Picture Poems/Hayward Design, ISBN 0-9536800-3-7 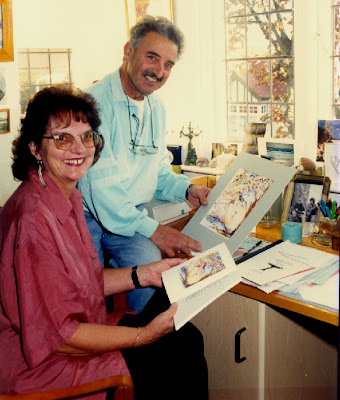 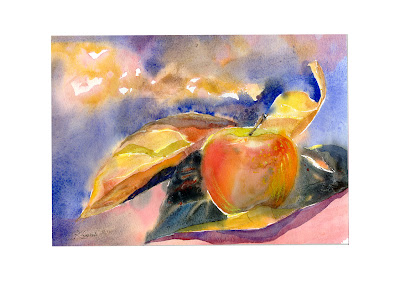 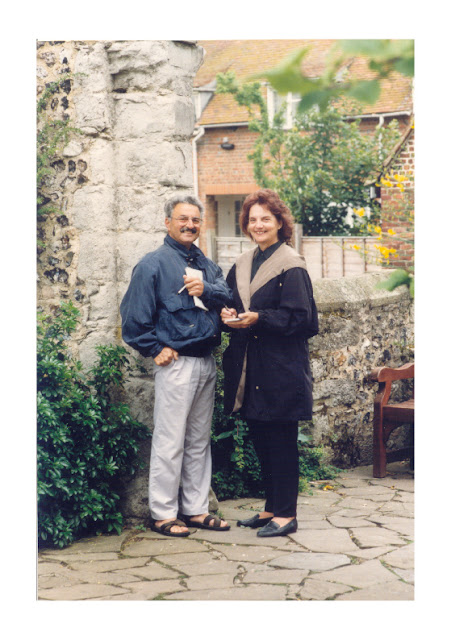 WELCOME TO MY BLOG Links to sites featuring my work: